Wood Haven Health Care promotes the well-being of our residents, enriching their existence and upholding the dignity of life.

We strive to turn the problems of aging into challenges of rehabilitation, to change social isolations into warm friendships and to enable a reorientation of what is good in life.

The History of Wood Haven

Did you know that in 1816 Wood Haven Health Care used to be known as the county poor house for care of paupers?

On February 26, 1816 the Ohio General Assembly authorized boards of county commissioners to construct county poor houses for the care of paupers.  Reports showed poor farms became a home of the old, crippled, and sick out of necessity and as a result the state of Ohio changed the name from poor farm to infirmary in 1850.  Wood County Commissioners purchased 160 acres of land in 1868 and constructed a brick, two-story main building to operate as the county infirmary.  Over the next 30 years a third story was added to the main building along with two more wings.  Additionally, various outbuildings were constructed.  The Ohio State Board of Charities was established in 1867 to investigate and report on the conditions of county infirmaries throughout the state of Ohio.  With progressive changes with the special care of people and the mindset by government officials to present a positive outlook about public institutions, names were changed in 1919 from infirmary to county home.  The residents living at the original county poor farm building faced obstacles due to lack of mobility between floors and antiquated restroom facilities.  Therefore, the decision was made to construct a new home for the aged on the corner of Dunbridge and East Gypsy Lane Road, which is now known as Wood haven Health Care. 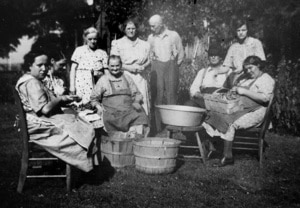 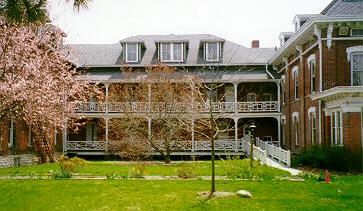 Stop By Anytime To Tour Our Facilities